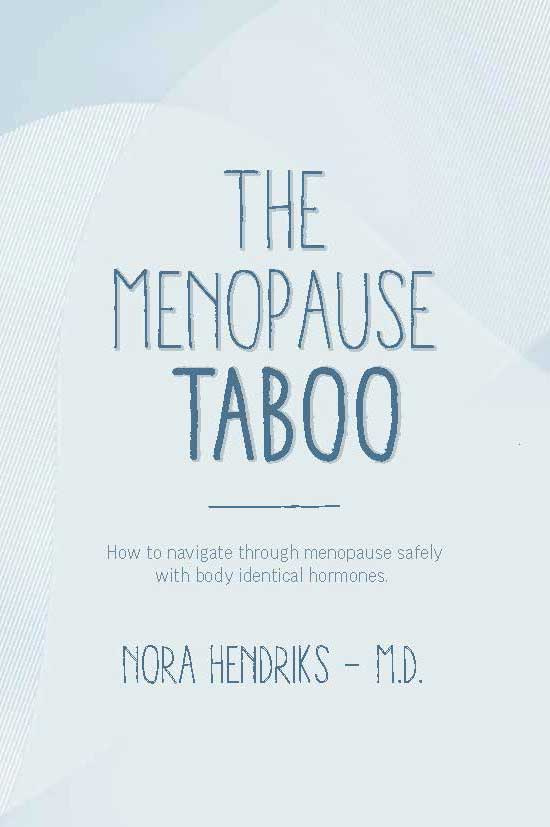 Do I take hormones during menopause or not?

Nora Hendriks studied medicine at the Erasmus University in Rotterdam and the University of Antwerp. She worked as a general practitioner in Belgium until 2007, shortly after starting her own clinic in Spain, while continuing part-time work in the Netherlands.

She is a motivated physician, trained in a wide variety of therapies, and has gained a vast amount of experience in the sphere of anti-aging medicine. She has specialized in menopause-related hormone therapy for more than 30 years.

Nora Hendriks: It never ceases to amaze me that most patients I treat are convinced that hormones cause breast cancer. The wholesale ignorance about the possibilities available in the way of safe treatments with body-identical hormones is largely what prompted me to write this book.

Women do not have to lose the color they enjoy in their lives just because they have reached menopause! They are entitled to proper treatment of those unpleasant menopause symptoms! I have had the privilege of guiding many women in this complex phase of their lives. And I cannot count how many times I have heard: “Doctor, I finally have my life back!”

There is no doubt whatsoever that average life expectancy has increased enormously in the last decades. This has been accompanied by a number of major social consequences, such as shifts in pension age. Women also stay active for longer in all manner of functions. Unfortunately, the frequently occurring menopause symptoms cause much discomfort and inconvenience for women starting from the age of 40 and 50, and the consequent absenteeism due to sickness causes significant economic damage that should not be underestimated.

Meanwhile, in most Western countries, hormone therapy is often recommended for menopause symptoms. The international consensus of the International Menopause Society (IMS) and the North American Menopause Society (NAMS) is crystal clear in this regard. But why is the Netherlands and several other European countries lagging so far behind in this respect? Why is menopause, and especially the proper hormone therapy, still such a taboo topic?

This book is for women (and even men) in hormonal distress, as well as for anyone who would like to learn more about hormones.

A wonderfully clear book. An absolute must!

For questions or media relations, you can contact Marijn Burie.